What exactly is organic food?

It’s a word we see everywhere - on labels, in menus, talked about on social media, but what does the concept of organic food actually mean?

Essentially, it means not using pesticides or antibiotics in the production of food, but of course the details and rules are a lot more nuanced than that. So to celebrate Organic September we’re breaking down all the important questions in this handy guide to organic food...

What does organic food mean?

Organic food, which is also sometimes referred to as “ecological food” or “biological food” is food (or drinks) that have been produced by the method of organic farming.

The most well-known fact about organic farming is that it prohibits the use of pesticides, but all of its practices are centred on promoting biodiversity, ecological balance and the health of the environment.

In order to legally be described as organic, food must obtain certification. Certification is based on standards defined by the government of the country in which the foods are being marketed. In the UK organic food and farming standards are set by The Department for Agriculture and Rural Affairs (DEFRA).

“Organic food is the product of a farming system which avoids the use of man-made fertilisers, pesticides; growth regulators and livestock feed additives. Irradiation and the use of genetically modified organisms (GMOs) or products produced from or by GMOs are generally prohibited by organic legislation.

Organic agriculture is a systems approach to production that is working towards environmentally, socially and economically sustainable production. Instead, the agricultural systems rely on crop rotation, animal and plant manures, some hand weeding and biological pest control.”

Some other terms often used around the organic food and farming industry are "bio" and "eco".

You might also see foods described as being produced using organic principles or organic methods.

What is organic farming?

Organic farming, sometimes known as organic agriculture or ecological farming, is a way of producing food that employs increased biodiversity and methods that preserve the environment and improve animal welfare, and prohibit the use of artificial fertilisers.

It means more wildlife and biodiversity, the absence of veterinary medicines such as antibiotics in rearing livestock and the avoidance of genetic modification.

When can you label your product organic?

In the UK, in order to gain organic certification at least 95 percent of a product’s agricultural ingredients are organic (and have been produced using organic farming methods). If the product meets these requirements the business can apply to register with one of the UK’s organic control bodies (you can find more information here). These bodies can prevent you from labelling your products as organic if you do not comply with their requirements.

Organic food labels must include both your control body code number and a statement of the agricultural origin of your product.

Rules don’t just apply to product names but to the company name too - you cannot include the word “organic” in your business or company name if you do not produce certified organic products.

The word organic has two meanings. One is “relating to or derived from living matter”, but organic food relates to the second meaning, “not using artificial chemicals in the growing of plants and animals for food and other products.”

Erudus allows Manufacturers to add their certifications to product specifications, so Wholesalers and Caterers can see what credentials they hold. You can find out more here. 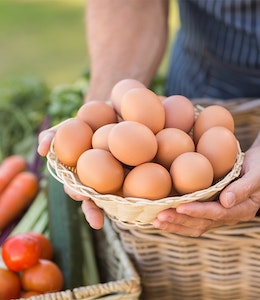 Soil Association certification is highly regarded in terms of organic standards, and in celebration of Organic September the Erudus Podcast spoke to the Soil Association’s Mark Machin about what it means to eat and drink Organic at every step in the food supply chain. You can listen to it here.

What’s the difference between organic food and regular food?

What are the advantages of organic food?

Some people would consider there to be mutual benefits to choosing organic food.

For consumers these include:

For businesses the benefits include:

Which foods are organic foods?

Many foods have the potential to be organically produced - fruits, vegetables, dairy products, meat, grains and even processed foods and drinks.

Some of the most popular organic foods are:

Is organic food better for you?

Nutritionally speaking, organic food and non-organic food are exactly the same. Foods like fruits and vegetables are healthy regardless of whether they are organic or not.

Why is organic food more expensive?

And some products, such as mushrooms, milk and onions, have only a small price difference between organic and non-organic.

When did organic food become popular?

Organic farming was the norm until fertilisers and pesticides were invented. So it’s actually the re-introduction of organic food that has had an increase in popularity.

The resurgence began to gather steam in the 70s, with the emergence of exercise trends and an increased interest in personal health. Organic food and health food became more widely available in the 80s and 90s, with official standards being developed and the European Union granting aid to organic farming.

Today, with people more aware of and interested in things like sustainability and animal welfare, organic food is more popular than ever before. 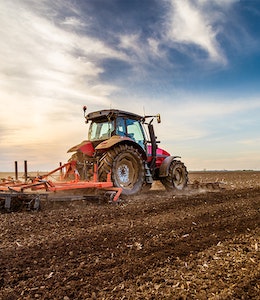 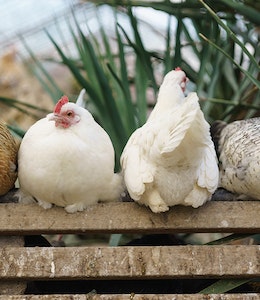 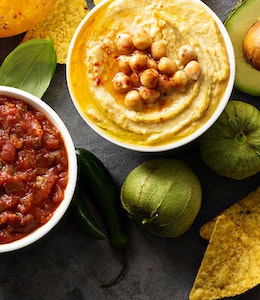