Erudus isn’t just a data platform - it’s an enriched data platform, with over 200 specifications for each product. One of these attributes is certifications...

... so users can see which industry certifications a product holds. And in this series we explore the range of certifications you can add to an Erudus product specification, and what they mean.

First up was BRCGS, followed by Red Tractor. This time we’re focusing on British Lion.

What is British Lion?

Arguably the most successful food safety scheme in the United Kingdom, British Lion is independently audited to ISO17065 and the only egg-specific programme to meet that accreditation standard.

What products does British Lion cover?

The British Lion mark can be found on eggs that adhere to the Lion Quality Code of Practice. This now accounts for over 90% of eggs sold in the UK.

When was British Lion introduced to the market?

The Lion Quality Code of Practice was launched in 1998. Since then more than 130 billion British Lion eggs have been sold, and over 50,000 audits have been carried out.

What does the British Lion mark indicate?

The British Lion mark appears on both eggshells and packaging of eggs that have been produced to the highest standards of food safety and egg production in accordance with The Lion Quality Code of Practice. The Lion Mark acts as a guarantee of this to the customer.

Managed by the British Egg Industry Council (BEIC), The Lion Code of Practice goes above and beyond standard food safety controls outlined in European and UK legislation and extends across the entire egg production chain.

It contains more than 700 criteria across animal welfare, feeding and traceability, including the mandatory vaccination of all British Lion egg-producing hens against salmonella. In fact, The Lion scheme is the only Industry Control Programme approved to take official samples to be tested for Salmonella on behalf of the Government.

What is the British Egg Industry Council?

Also known as the BEIC, the British Egg Industry Council was formed in 1986 and is made up of 11 major industry trade associations.

Funded mostly by voluntary levies by those producing roughly 90% of the industry’s eggs, the British Egg Industry Council seeks to represent the interests and concerns of its members in discussions with the Government and other national and international bodies on subjects such as hen breeding, hatching and rearing, as well as every process of egg production and sales - from packaging to marketing.

The British Egg Industry Council is also responsible for the running of the British Egg Information Service, which keeps consumers informed about all things egg related - from egg safety and nutrition to inspirational recipes.

What criteria does British Lion use for its certification?

The British Lion Code of Practice ensures the highest standards of food safety and production, covers the entire production chain and incorporates food safety controls above and beyond those outlined in current UK and EU legislation, including:

What information is shown on British Lion marked eggs?

All Grade A eggs have to be marked with a code showing the type of farming system. This can be

E.g. Lion Mark - British eggs from hens vaccinated against Salmonella and produced to a strict Code of Practice.

A specific code denoting the actual farm where the eggs were produced.

These are top grade and sold as ‘shell eggs’ - fresh, clean eggs with their shell intact.

These are industrial eggs that are pasteurized and sold broken out. They cannot be used for food or food products and instead are only suitable for use in products like shampoo and soap.

What impact has British Lion had on the egg industry?

The biggest success story for British Lion is the eradication of the presence of salmonella in UK eggs. The British Lion scheme implemented stringent standards across the egg production chain to achieve this, and as such the FSA have said that British Lion eggs are the only ones safe to be consumed runny, or even raw, by vulnerable groups.

More than 85% of UK eggs are now produced to Lion Quality standards, and over £100 million has been pumped into the scheme by the nation’s egg industry to maintain this gold standard.

How do you get British Lion certification?

You can download the British Lion Quality Code of Practice here, or summary here. 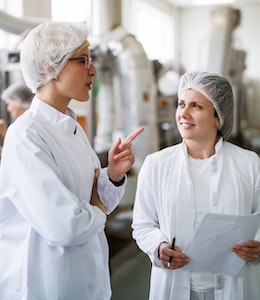 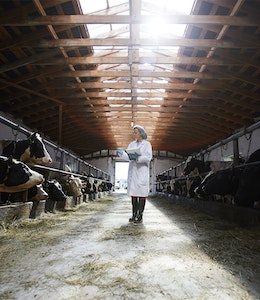