Spicy cuisine has never been hotter, with more people than ever wanting meals with a kick. And sriracha is perfect for doing just that - it can be used as a condiment, ingredient or dip to add spiciness snacks, starters and main courses (and probably even desserts too).

So, with versatility and flavour in spades, we decided it was time to celebrate sriracha. Read on to find out everything you could want to know about this super sauce…

Sriracha is a hot sauce with a chilli pepper base. It’s ingredients are chilli paste (made from green jalapenos allowed to ripen till they turn red) , distilled vinegar, garlic, sugar, and salt - some processed varieties may also include xanthan gum, paprika, cayenne pepper, sunflower oil, rapeseed oil, flavourings and preservatives.

Sriracha is native to Thailand, where it is commonly used as a dipping sauce, and is used frequently in Vietnam as condiment for dishes like pho and fried noodles. Americans associate sriracha with a particular brand of the sauce, manufactured by Huy Fong Foods.

Where is sriracha sauce from?

Sriracha sauce comes from Eastern Thailand. It’s exact history is a matter of debate, but it is generally agreed it originated in the 1930s in the seaside city Si Racha (or Sriracha), from which it takes its name. Some sources attribute the recipe to a local housewife named Thanom Chakkapak.

You pronounce sriracha ‘Suh-raa-chuh’. The first ‘r’ in sriracha is silent.

Yes, sriracha is spicy but it is not as spicy as you might expect. On the Scoville scale (which measures the level of heat in a chilli using Scoville units) sriracha (from the red jalapeno) comes in at around 2,200. By contrast, tabasco sauce measures 3,750.

Does sriracha sauce have many calories?

Sriracha sauce does not contain many calories if it is eaten in small quantities. One teaspoon of sriracha contains around 5 calories. It is also low-carb and low-fat.

Chilli peppers, the main ingredient in sriracha, are often associated with weight loss because they contain capsaicin - which increases energy expenditure and boosts the metabolism.

Does sriracha contain any allergens?

Sriracha does not contain allergens in its traditional form. The base ingredients of sriracha - chilli paste, distilled vinegar, garlic, sugar, and salt - aren’t among the 14 major food allergens.

However, some processed varieties of sriracha may contain Cereals containing Gluten, and a very small amount of brands may contain other allergens such as Soya, Peanuts, Milk, Mustard and Sesame.

Yes, sriracha is vegan as it contains no animal products. It’s worth noting that sriracha mayonnaise (also known as samurai sauce) is not vegan and contains Eggs.

Is sriracha good for you?

Yes, sriracha is good for you - it has many health benefits. It contains vitamins A, B6 and C, and because it’s made from the red chilli pepper, it contains capsaicin - a known metabolism booster. Chilli peppers also help manage blood sugar levels.

Garlic is another sriracha ingredient, and a good source of amino acids, antioxidants and other vitamins and minerals.

Spicy foods are great for those with a cold, as they help relieve congested nasal passages, but there are some downsides to sriracha too. For instance, it has a higher than average sodium content, and the garlic and chilli may trigger heartburn in some people.

What can I use instead of sriracha?

You can use several things instead of sriracha - both as a condiment and a recipe ingredient. They include:

Is sriracha the same as tabasco sauce?

They also taste different, with Tabasco tasting hotter and spicier than sriracha. This is because Tabasco is made from the tabasco pepper, which is hotter than the red jalapeno used to make sriracha.

Is sriracha the same as hot sauce?

Yes, sriracha is the same as hot sauce as it is a type of hot sauce. The name hot sauce is used to describe a large range of sauces and condiments that contain chilli (and other hot ingredients.

What foods do you find sriracha in?

What foods do you find sriracha in?

Sriracha is traditionally used as a dipping sauce in its native Thai cuisine, and is commonly served alongside pho in Vietnamese restaurants. You might also find it used as an ingredient or sauce for the following: 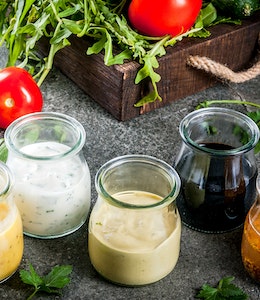 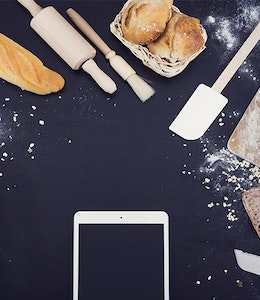