Celery is one of the unsung heroes of cooking, with Celery, celery seeds and celery salt all used to add flavour to hundreds of dishes in Western cuisine. The recent focus on clean and healthy eating has also seen it rise in popularity as an ingredient in green juices and smoothies.

Celery also happens to be one of the 14 major food allergens, so we’ve compiled a handy guide of everything you need to know about a Celery allergy - from the foods it might be hidden in to the alternatives you can try…

Celery is a marshland plant that is cultivated and eaten as a vegetable. It comes from the Apiaceae family - which also includes parsley and carrots - and consists of a fibrous stalk with leaves on the end. All parts of celery, including celery seeds, can be eaten and used in cooking.

Can you be allergic to Celery?

Yes you can be allergic to Celery, although it is not one of the most common allergies (it is however, one of the 14 major food allergens).

Are celery and celeriac the same thing?

Celery and celeriac are the same species and so if a person has a Celery allergy it is likely they are also allergic to celeriac, and at the very least, they should take caution with foods that contain celeriac.

What is a Celery allergy?

A Celery allergy is a condition which will trigger a negative reaction from a person’s immune system when anything containing Celery is consumed. This reaction can be anything from mild discomfort on areas such as the mouth or skin to fatal anaphylaxis. Some people with a Celery allergy can tolerate ingesting it if it has been thoroughly cooked, as this breaks down the causative proteins within it, but this is not the case for everyone.

People with Celery allergies may also find that they also suffer from hayfever and other pollen allergies, as the Apiaceae family is a common cause of pollen related food allergies.

What is a Celery intolerance?

What food and drinks do you find Celery in?

Celery and its derivatives such as celery salt are used in many different types of cuisine to flavour soups, stews, sauces and other dishes. Celery is often used alongside onions, or with onions and carrots in a Mirepoix as the base of a dish - particularly in French cooking.

It can also be found in:

What are surprising foods that contain Celery?

Many surprising foods can contain Celery, because it is used to enhance flavour in many different dishes in which it is not included in the name (or base ingredients).

What’s another name for Celery?

The good news is that there aren’t many other names for Celery. On menus and ingredient labels it is usually included under one of the following:

What does an allergic reaction to Celery look like?

Celery allergy symptoms usually appear within an hour of eating or coming into contact with the allergen. The most common symptom of a Celery allergy is a red, itchy rash on the mouth, but other symptoms include:

How do you treat a Celery allergy?

Avoiding foods or drinks that contain Celery is the best way to treat a Celery allergy. Checking labels and menus carefully for full ingredients to see if Celery is among the ingredients is crucial because Celery is most often used to flavour dishes and not as a main ingredient present in the name of the dish.

How can I avoid Celery?

Celery is a very difficult allergen to avoid because it is used to flavour many dishes but rarely mentioned in the description of the dish - particularly if the dish has an onion or Mirepoix (onion, carrot, celery) base.

This is why it’s extremely important to read labels carefully and check with waiting staff if you have a Celery allergy. If dining out with a severe Celery allergy, you should also be cautious of cross contamination - particularly in French and Italian restaurants where a Mirepoix (a combination of carrot, onion and celery) is used as the base of many sauces.

What’s an alternative for Celery?

There are several alternatives for Celery, particularly when cooking. The most common Celery substitute is fennel - fennel bulbs share a crunchy texture with Celery and also have a similar flavour.

Jicama has a milder flavour than Celery, but it does have the crunch, and can also be used as an alternative.

In soup, stew and sauce bases that use a classic Mirepoix base, the bottom part of a Bok Choi can be used instead of Celery.

For smoothies and salads the best Celery substitute is cucumber, as it shares the crunchy texture, high water content and mild taste.

Is Celery one of the 14 major food allergens?

Celery is one of the 14 major food allergens. This means that pre-packed food sold in the UK, and the rest of the European Union, must clearly indicate on the label if it contains Celery.

Find out more about the 14 major food allergens here. 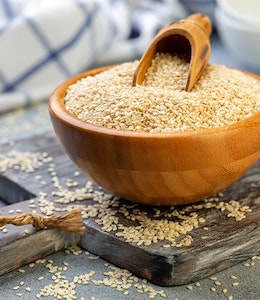 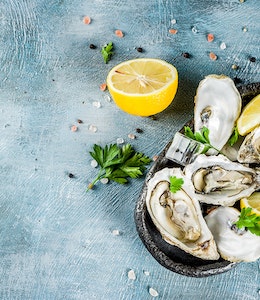 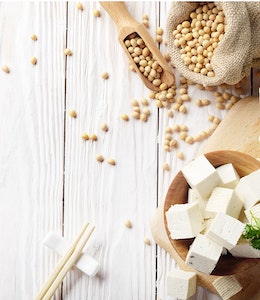