Here at Erudus we’re always making adjustments and improvements to reflect changes in legislation. And as we enter the countdown to the EU’s forthcoming ban of the use of Titanium Dioxide (E171) in food products, it’s the perfect time to for us to take a closer look at the additive, any plans for a similar rule in the UK, and what Erudus plan to do in reflection of it…

What is Titanium Dioxide?

Why was a review into Titanium Dioxide needed?

The European Food Safety Authority (EFSA) conducted a safety assessment in May 2021, which concluded that Titanium Dioxide can no longer be considered safe as a food additive, due to the potential genotoxic effect it can have.

In October 2021, the EU Member states came to an agreement on the ban for the use of E171 in food products. This follows the decision that French authorities made in January 2020 to have Titanium Dioxide banned in foods placed on the French market.

When does the EU ban come into effect?

The ban comes into force this month and will apply after a six-month transitory period, giving suppliers the time to potentially reformulate their products containing Titanium Dioxide. So from Summer 2022, E171 should no longer be added to food products within the EU and Northern Ireland. Check the latest updates regarding the ban here.

What is the Implication for UK Manufacturers? *

In March 2022, the Food Standards Agency (FSA) and Food Standards Scotland (FSS) concluded that the UK will not be following the EU in banning the use of E171 in food products. After reviewing the evidence, the FSA reported that there have been no safety concerns identified, meaning there will be no change to the regulation around E171. It is likely that a review of the risk assessment for this will take place in early 2023.

What are Erudus doing in regard to the ban?

Short-term, the changes to ingredient declarations will be managed through the Erudus technical department, as the 6 month transition period makes introducing a new validation difficult. The natural update of old specifications will also ensure necessary changes are made. 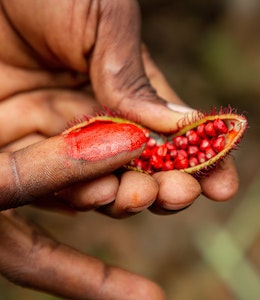