After enduring a freezing February under lockdown, many of us could do with a stiff drink. That’s why here at Erudus we’re following our friends across the Atlantic and celebrating National Margarita Day! Basically a summer party in a glass, it’s the perfect cocktail for looking forward to happier times to come. So grab a glass and read on for our top tips to making the perfect margarita. Salud!

What is a margarita?

A margarita is a tequila-based cocktail associated with Mexican cuisine. There are many theories about its origin, but a famous story involves an adaptation of the ‘Daisy’ cocktail. During prohibition many Americans ventured over the border to Mexico for their alcohol supply, and so the brandy in the Daisy was frequently substituted with tequila. Margarita, of course, is the Spanish word for daisy.

What is in a margarita?

The ingredients in a margarita are

Are there any allergens in a margarita?

There are not usually any of the 14 major food allergens in a margarita. Tequila is a pure, distilled liquor that generally contains no Cereals containing Gluten and little Sulphur Dioxide. However, margaritas contain large amounts of citrus, and citrus fruit is an allergen on the rise so those with a citrus allergy or intolerance should avoid the cocktail.

Yes, margaritas are vegan because none of the ingredients involve animal products. Tequila is made from the piña (heart) of the blue agave, which is a succulent plant native to Mexico. Good quality tequila does not include any other ingredients, though some brands prefer to certify themselves vegan so that those on a plant-based diet can be assured.

Cointreau is also vegan, and the company has publicly declared it does not include any animal-derived ingredients either.

Tips for the perfect margarita 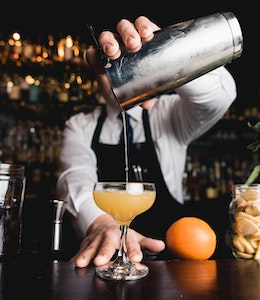 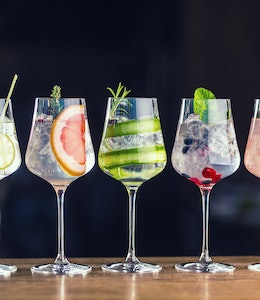 The Best Food and Drink Ideas For Gin